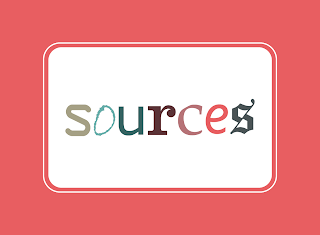 I've a second card game nearly done as a follow up to SEEK!

This one brings up issues around the many sources of information available to use in academic assignments and is my answer to students just Googling stuff instead of using a wide range of sources. Tanya (who created the cards for SEEK!) is nearly finished turning my ugly text and half baked ideas into attractive, playable cards!

Hopefully it may be ready for playtesting at the Making Games for Libraries event on 10th December... fingers crossed! Once it's finished I'll put the files freely available online under Creative Commons licence - probably on my page in our institutional repository.

Update! Files are now on repository - will be followed up later by a "Print & play" version, at the moment it is in the form of seperate image files...

Getting ready for the first workshop...

Prompted by creating SEEK! recently, as well as introducing Lemontree from Running In the Halls into my University Library, I thought it would be great to get a bunch of people together and start creating some games.

I reckoned one of the biggest challenges is time and freedom to think about these things, so I've arranged a workshop in Leeds called "Making Games for Libraries" which has more than 30 people expected to attend.

I'm hoping that by the end of that day we'll have a bunch of potential library related games prototyped. Importantly for me, I'd like as many people as possible to see these prototypes, to spark more ideas in people not attending - hopefully we can get some games out there available for everyone to share and use in their own libraries.

So I'll be asking everyone on the day if they are happy sharing their ideas and prototypes - then putting them all on this blog. I'll do the same for any further workshops I run as well. I may write the occasional post about other library games I've seen, or related topics, but I'm hoping the bulk of posts will be sharing prototypes and ideas from others!
Posted by Andy Walsh at 09:05 No comments: